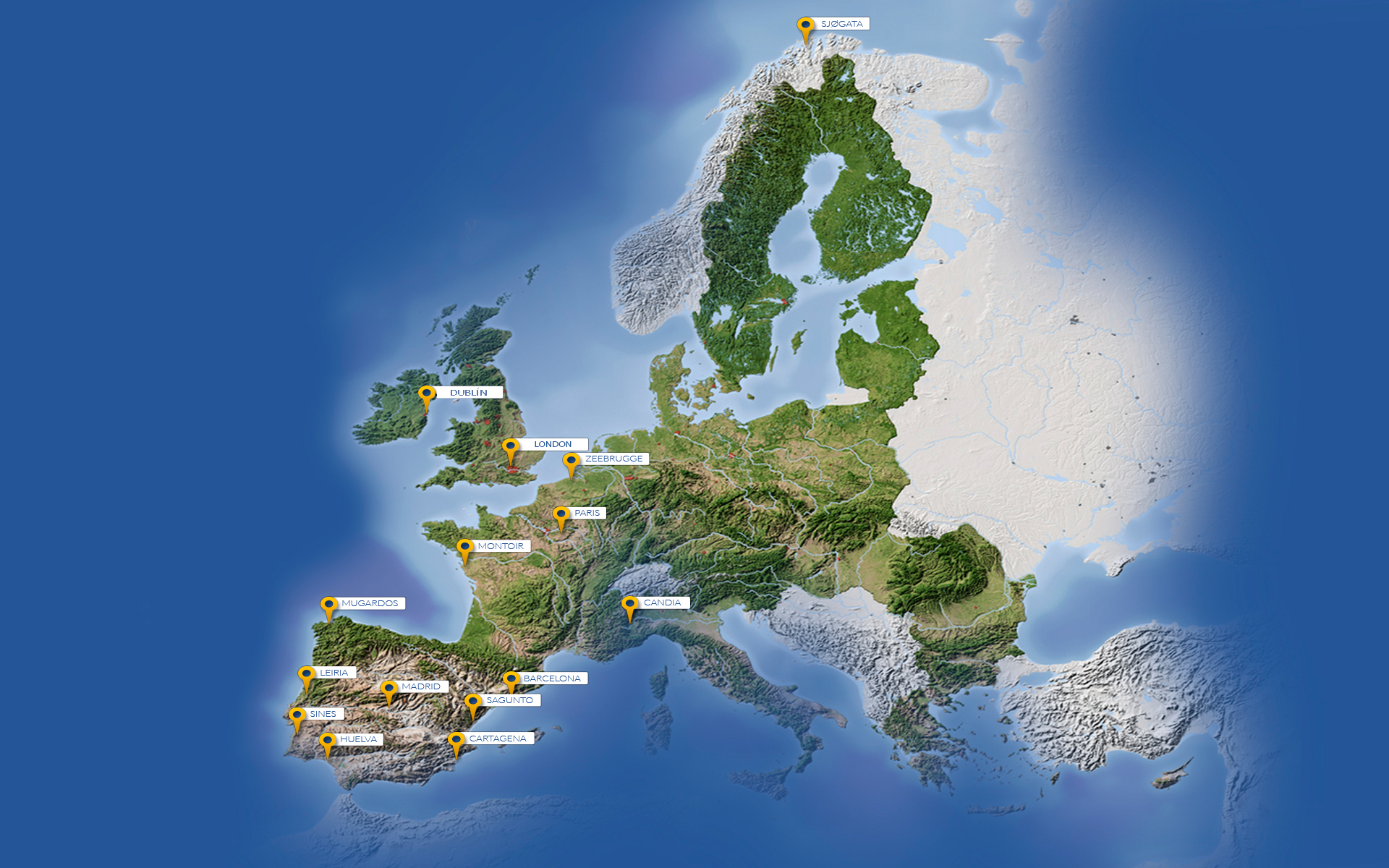 MOLGAS has logistic facilities in each of the European LNG Terminals, currently the only company in the LNG sector with a physical presence at each of these sites.
Likewise, Molgas Energy is operating in the main European ports, leading the development of LNG on the French market from its office in Paris while
at the same time being totally integrated in other markets like the Portuguese one where it has an office in its only warehouse (Sines).