Molgas expands its small-scale energy infrastructure platform in the Nordics with the acquisition of Gasnor to Shell InfraVia announces the acquisition from A/S Norske Shell by Molgas Energy Holding (“Molgas”) of Gasnor AS (“Gasnor”), the leading small-scaleLNG infrastructure player in Norway. This operation positions Molgas as the largest small-scale LNG platform in Europe with diversified footprint and business lines. With Gasnor, Molgas ambitions to further expand across the continent and accelerate its development towards green energy distributed infrastructure. Gasnor is a leading small-scale liquefied natural gas (“LNG”) platform in Norway. It provides LNG bunkering services to shipping companies, LNG infrastructure solutions to off-grid industrial sites, and pipeline gas to business customers. Over the past 30 years, Gasnor has spearheaded the development of small-scale LNG infrastructure in Norway and can today leverage on its proprietary distributed infrastructure: 140km gas pipeline, liquefaction facilities, bunkering vessels, LNG import and on-site terminals. This operation brings together the two leaders of the two largest small-scale LNG markets in Europe (Spain and Norway). The acquisition of Gasnor makes Molgas the leading small-scale LNG platform, with pan-European presence and strong expertise across all small-scale applications: Industry, Cogeneration, Bunkering, Fueling Stations, etc. Ambition for the group is to further expand in Europe and lead the development of biogas and hydrogen distributed infrastructure. Commenting on the transaction the CEO of Molgas Energy Holding, Fernando Sarasola, said: “Gasnor has pioneered the development of the small-scale LNG business in Norway, like Molgas did in Spain, and has built a robust portfolio of Bunkering and Industry clients backed by high quality infrastructure with the highest safety standards. Gasnor and Molgas have similar stories, yet their footprint and expertise are very complementary for the future. It is a great addition to the Molgas platform, and we look forward to working with all of the Gasnor team to further expand small-scale LNG, biogas and hydrogen infrastructure across Europe”. Bruno Candès, Partner at InfraVia, which owns the majority of Molgas, said: “Gasnor is a transformative acquisition making Molgas the number one small-scale LNG platform in Europe, with leadership position on all small-scale end markets. Our objective is to continue to grow the platform, taking advantage of Molgas and Gasnor combined strengths, and to fast-track the development of biogas and hydrogen to expand small-scale infrastructure towards new energies”. ABOUT MOLGAS Molgas is a small-scale LNG platform with a 20+ year track record. Molgas provides integrated LNG infrastructure solutions to more than 100 off-grid industrial customers, owns and operates LNG filling stations for heavy-duty trucks and provides bunkering infrastructure and services to shipping companies. It has a leadership position in Europe, with presence in Spain, Portugal, France, Italy, the UK and Ireland. www.molgas.es ABOUT INFRAVIA InfraVia is a leading independent private equity firm, specialized in infrastructure and technology investments. InfraVia supports entrepreneurs and industrial players in their growth and digital strategy, accelerating their transformation in sizeable platforms. Based in Paris, InfraVia has raised EUR 5 billion of capital and invested in 30+ companies across 12 European countries since 2008. www.infraviacapital.com 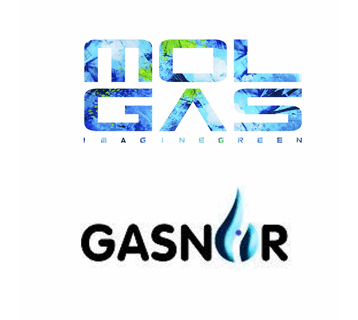